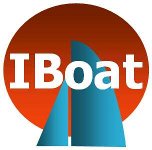 All the versions of this article: [français] [English]

The project started in 2003 when Yves Briere (professor at ENSICA, now ISAE) and François Bastianelli (professor at IUT de Nantes) merged two students project in order to try to "robotized" an RC sailing boat. IUT de Nantes was in charge of the boat itself and ENSICA did the actuator and sensors integration.

Our prototype performed its first runs in 2005. Since then the robot has sailed has been modified and improved test after test.

In 2009 it it gives full demonstration of capability and autonomy. More than fifty students were involved since the beginning in the project.

A community of researchers and students is now working in sailing robotics. We meet each year for a friendly competition and scientific exchanges.

In June 2006, the first "défi Microtransat" was held in Toulouse (France). Three teams were coming from Austria, Wales and France.

In September 2007 the second meetingwas held at Aberystwyth with the same three teams plus a Canadian one.

There was 4 teams in Austria for the third competition in May 2008..

And in September 2009, there was 7 boats for 6 teams coming from 5 countries.

In September 2009 a transatlantic racewas supposed to start from Ireland but was postponed because of the lack of participant. Hopefully a real start will be organized in September 2010.

End of June 2011 will see the 100 milles Challenge takes place. The objective is to do a 100 milles navigation on the Mediterranean sea with Iboat II. This event will allow us to test our prototype in conditions representatives of the future transatlantic (salinity, waves, autonomy, satellite communication,...).

jeudi 24 septembre 2009
Prototypes Our first prototype is a 2.4m length sailing boat with one single sail mounted on a balestron. There are only two (...)

lundi 28 septembre 2009
Control Control algorithm is based on a low level strategy : the traveler calculates the heading of the next waypoint to (...)

mardi 7 juin 2011
Microtransat challenge The final goal of the MICROTRANSAT challenge is to sail across the Atlantic ocean with a fully autonomous sailing (...)