You are here : Mars Microphone 2020 » Microphone Qualification Tests » Test with a 5 mbar pressure

Test with a 5 mbar pressure

We made the first tests at IRAP, in a vacuum chamber. The goal of these tests was to qualify the microphone under a 5 mbar pressure (Martian surface pressure) but still with an Earth-like atmosphere composition. The test consisted in recording 60 samples of 1 second at a sampling frequency of 100 kHz, for each frequency. The shift of frequency and the record of samples were automatically done by a Matlab script that used the LabView software. The Matlab script was supposed to make all the work and test 30 frequencies. However, a license problem forced us to do the tests manually… That’s research work! Thus it modified the outputs: number of samples, frequencies…

What did we retrieve?

We tested 17 different frequencies in a range from 100 Hz to 15 kHz. We also did noise background in order to eliminate (or at least reduce) the noise in the records. Let’s note that we did two tests: the first one with a 4.3 cm gauge, the second one with a 27.5 cm gauge, in order to analyse the influence of distance on the signal amplitude.

We obtained graphs such as the following one (the buzzer emits a 5 kHz sinusoid): 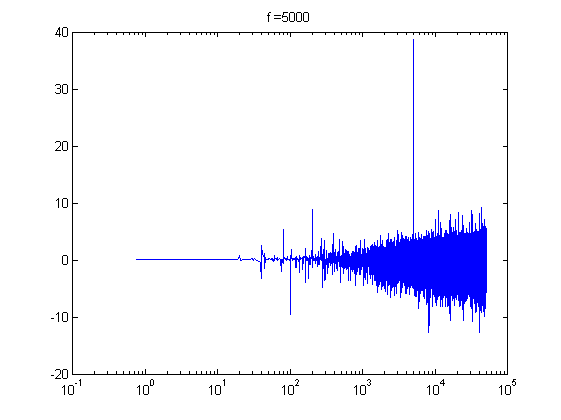 As the microphone is less sensitive at low frequencies, the deleting noise algorithm is more efficient at those frequencies. Higher, we still have some noise which is not deleted. What the tests show is that under 1000 Hz, the power of the emitted sound by the buzzer is not strong enough to be clearly heard by the microphone, or the microphone has too low sensitivity, thus one cannot distinguish it from the noise background. This behaviour is similar to the one at 1 bar. Above 1 kHz however, the results can be taken into account. We observe directly on the microphone recordings that the amplitudes of the voltage due to the sound is the same at 5mbar as at 1bar. Nonetheless, the buzzer was fed with a sine tension whereas its datasheet gives the emission power against frequency for a square tension. In addition, we do not know the emission power of the buzzer at 5mbar. Therefore, the normalized curves might not be correct. Let’s note that the distance does not drastically affect the signal amplitude at this scale. 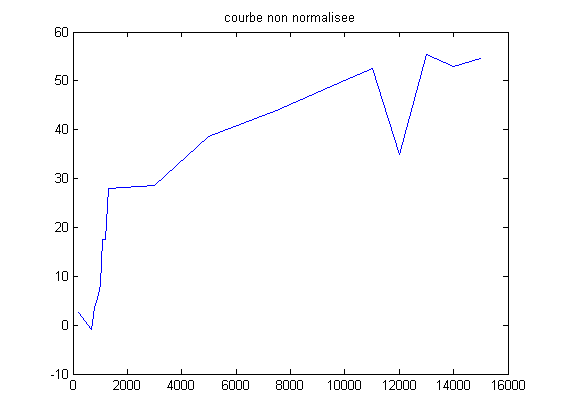 PSD of the peaks against its frequencies, d = 4.3cm

Globally, the microphone seems to be well qualified above 1 kHz. Moreover, once back to normal pressure, it appears that both the microphone and the buzzer have successfully resisted to the stay at low pressure.

Test at -40°C As we had already tested the microphone at low pressure, the objective of this test was to determine the frequency (...)

A brief comparison between normal conditions, 5 mbar and -40°C