As we had already tested the microphone at low pressure, the objective of this test was to determine the frequency response of the microphone under a temperature of -40°C (Martian surface temperature), still under with an Earth-like atmosphere for now. The test consisted in recording 60 samples of 1 second at a sampling frequency of 100 kHz, for each frequency. The shift of frequency and the record of samples were automatically done by the Matlab script. The Matlab script made all the work and tested 38 frequencies (16 between 100 Hz and 1000 Hz, 17 between 1000 Hz and 10 kHz, and 5 between 10 kHz and 15 kHz, all evenly spaced). The goal of this test was also to analyse the effect of the distance between the emitting source and the microphone, so we changed the gauge.

What did we retrieve ?

We obtained 60 noise records, plus 60 records for each of the 38 frequencies that we tested. Although we used a square wave below 1000 Hz (in order to have stronger power at low frequencies, since the previous tests have shown that measures at low frequencies were hard to extrapolate), the buzzer was then supplied by a sine signal whereas the datasheet’s advice was to use a square one. That was done to prevent harmonics inherent to a square wave from appearing.

We used the same algorithm to reduce the noise background on our graphs. In previous tests, when measuring low frequencies inferior to 1000 Hz, the signal emitted by the buzzer was still too weak for the microphone to provide a significant signal at the expected frequency. The same phenomenon tends to appear at low temperature. We observe directly on the microphone recordings that the amplitudes of the voltage due to the sound are quite the same at -40°C as at 20°C. One can notice a peak around 6500 Hz, another one at 11 kHz. We obtained the following graph: 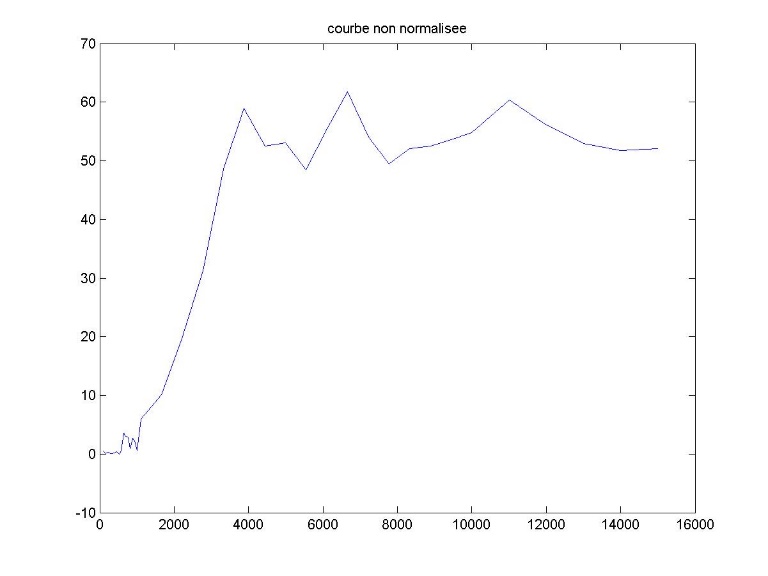 PSD of the peaks agains its frequencies, d = 4.5 cm

It is a bit less regular than before but it may be due to the several manipulations of the buzzer. The distance still does not affect the microphone sensitivity.

The microphone is well qualified above 1 kHz. The two components have quite well resisted to the long stay at low temperature but we will probably have to change the buzzer for future experiments. Moreover, we will try to find another component or system to test the low frequencies because it has not been done yet.

Test with a 5 mbar pressure Introduction We made the first tests at IRAP, in a vacuum chamber. The goal of these tests was to qualify the (...)

Test with a 5 mbar pressure

A brief comparison between normal conditions, 5 mbar and -40°C