You are here : EPSILON: Exergy Analysis Tool » Exergy Crash Course » Why use exergy?

The exergy analysis has some advantages respect to the classical methods:

Since exergy is a recoverable amount of energy, it is interesting to quantify and to identify the nature of the exergy sources in order to propose a suited energy recovery device. This changes the way in which aerodynamics is perceived:

• For the Near Field and Far Field methods: drag is just drag (i.e., a loss) • For the Exergy method: drag can still be reduced by recovering the available exergy (i.e., there is a certain amount of energy that is not valued in classical designs, thus wasted)

Physics can be easily analyzed by following a reasoning based on simple Thermodynamic concepts, which is particularly useful for the analysis of complex flows.

Classical losses parameters (e.g., total pressure deficit or entropy generation) have impractical units whereas exergy and anergy are expressed in Watts (a quantity that’s easier to relate to the power unit of the aircraft). Moreover, since anergy can be analyzed with convective and local formulations, a deeper loss analysis can be made.

This is a major problem that appeared with the emergence of unconventional aircraft designs (future aircraft configurations). As a matter of fact, in the classical aircraft architecture (tube and wing), the engine and the airframe can be designed separately because the engine streamtube does not interact with the airframe: 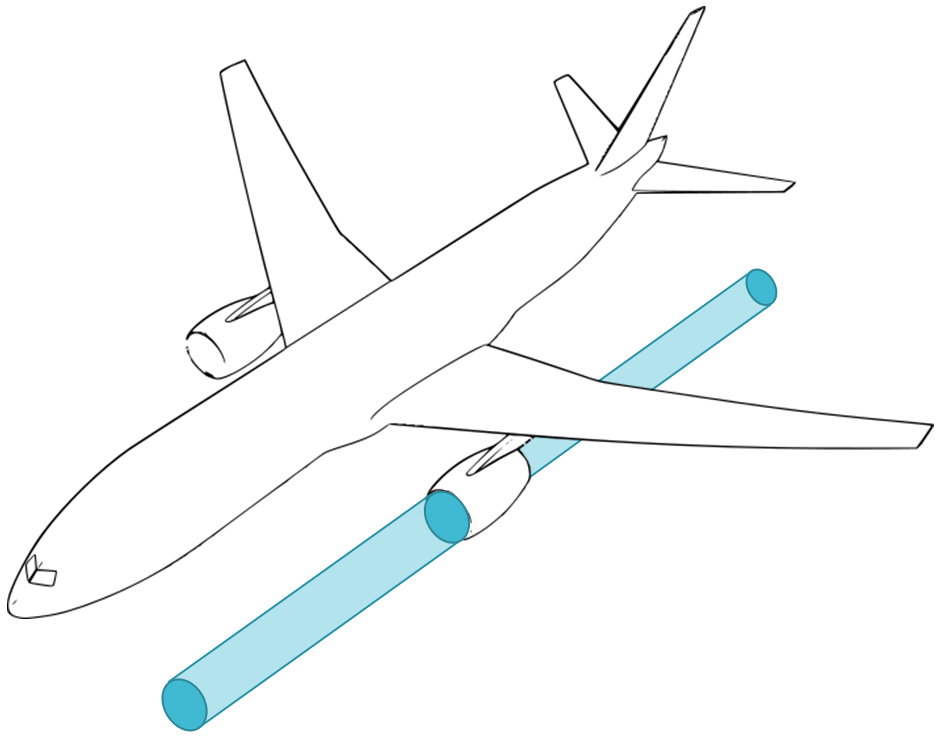 However, the future aircraft configurations include new propulsion architectures like the distributed propulsion and BLI (boundary layer ingestion). In these cases there is a strong coupling of the engine streamtube with the airframe impeding the separate study of both elements (they are now coupled): 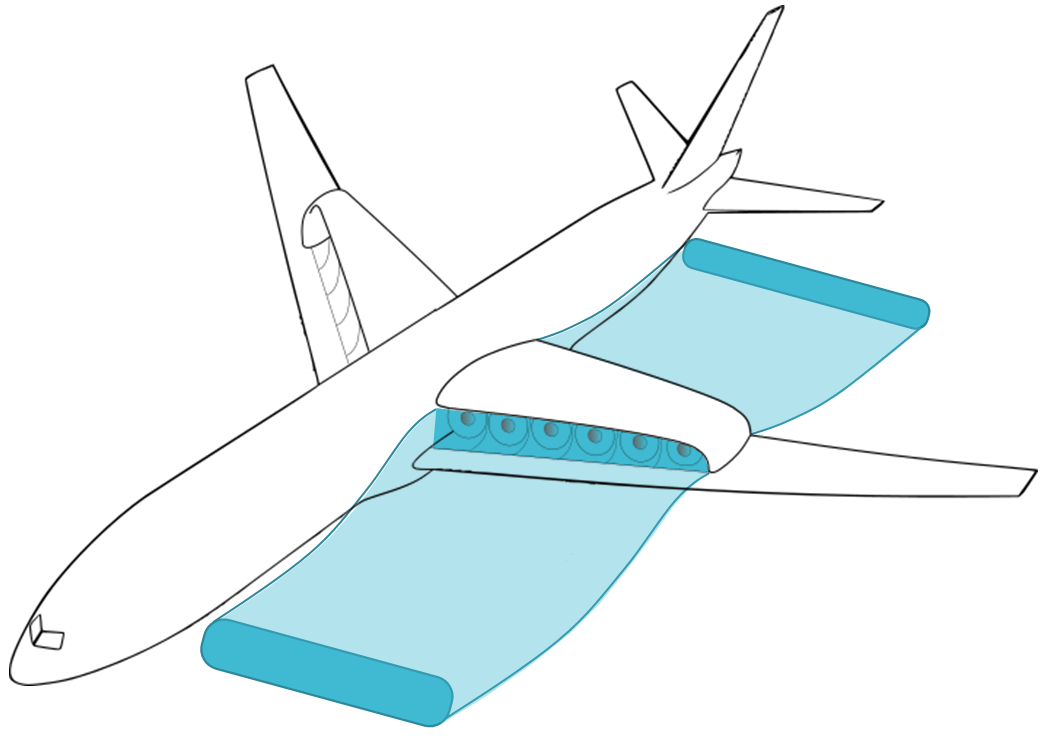 This kind of architecture (as well as classical architectures) can be easily studied with the exergy analysis.