Exergy is a Thermodynamic concept based on the first and second laws: 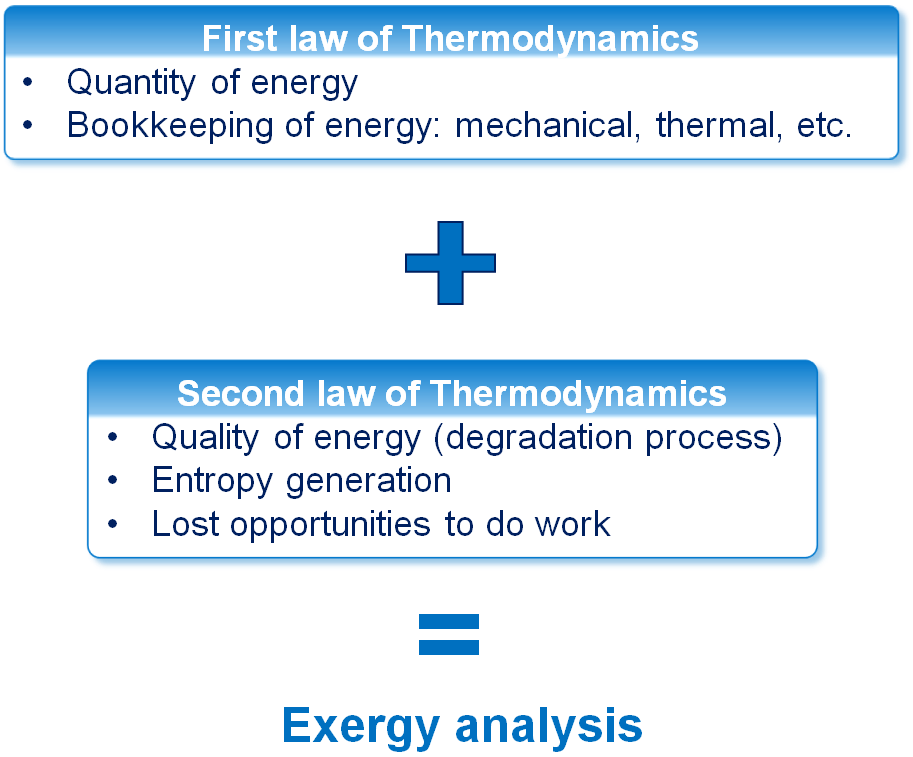 It considers the flow around a body as an energy system that can be splitted into two parts: the exergy (its useful part -it can be recovered-) and the anergy (its useless part-it is already lost-):

The energy of a system may be converted to work only if the system is not in equilibrium with its environment. It does not matter if the system represents a sink or a source of energy (low temperature for example), what matter is the imbalance itself. Thus, any disturbance of the flow field has an energy potential (more precisely, an exergy potential).

An increase of air velocity inside a jet or the low speed inside a wake contains an amount of energy that can be recovered. Hence, exergy represents the theoretical maximum amount of work that can be recovered by bringing the system back to thermodynamic equilibrium with its environment by following a reversible transformation.