Even though Paraview provides plenty of analysis tools, the aerodynamicists often require some specific tools in order to perform a fast and comprehensive assessment. Epsilon tackles this issue by delivering multiple user-friendly dedicated tools.

The surface of the body can be easily separated from the 3D domain data by using Epsilon Near Field (This filter also computes the near-field forces and moments at the body surface).

Epsilon Integration Tool is a filter developed to perform multiple types of data integration, which are typically required during an aerodynamic analysis.

Another typical need while performing an aerodynamic analysis is to plot the distribution of a certain parameter along the chord or span of a body. For example, we would like to analyze the longitudinal evolution of the profile drag (and its components) all along the chord and wake of the airfoil (See image below). This kind of plot requires first performing a plane integral at several stations and then to plot the integrated values along the desired axis. This is achieved by an automatic integration procedure called sweep survey plane, which is provided by Epsilon Integration Tool.

The same integration technique can also be used to generate the spanwise distribution of any desired parameter.

Mapping 3D data into a plane

Epsilon Integration Tool also allows generating a 3D to 2D mapping. Basically, it takes the entire 3D volume flow field data and then it is integrated vertically all along a survey line. The result of this integral is stored onto a point of a plane. Then, this survey line is evaluated at each point of the mapping plane and the end result is that the plane will contain the surface distribution of the integrals along the normal direction to this plane, thereby generating a 3D to 2D integral mapping.

Epsilon Circulation Tool is a fast and easy-to-use filter that allows computing circulation at multiple spanwise stations along the wing and to perform lifting line calculations (Lift, induced drag,...) from CFD data.

Epsilon Grid Generator is a wind tunnel testing dedicated tool that allows generating the five-hole probe path in order to perform wake surveys. You can generate any type of survey trayectory, from simple regular survey planes (to survey a large area) to wake-shaped trayectories from CFD data (to optimize the WTT run time). 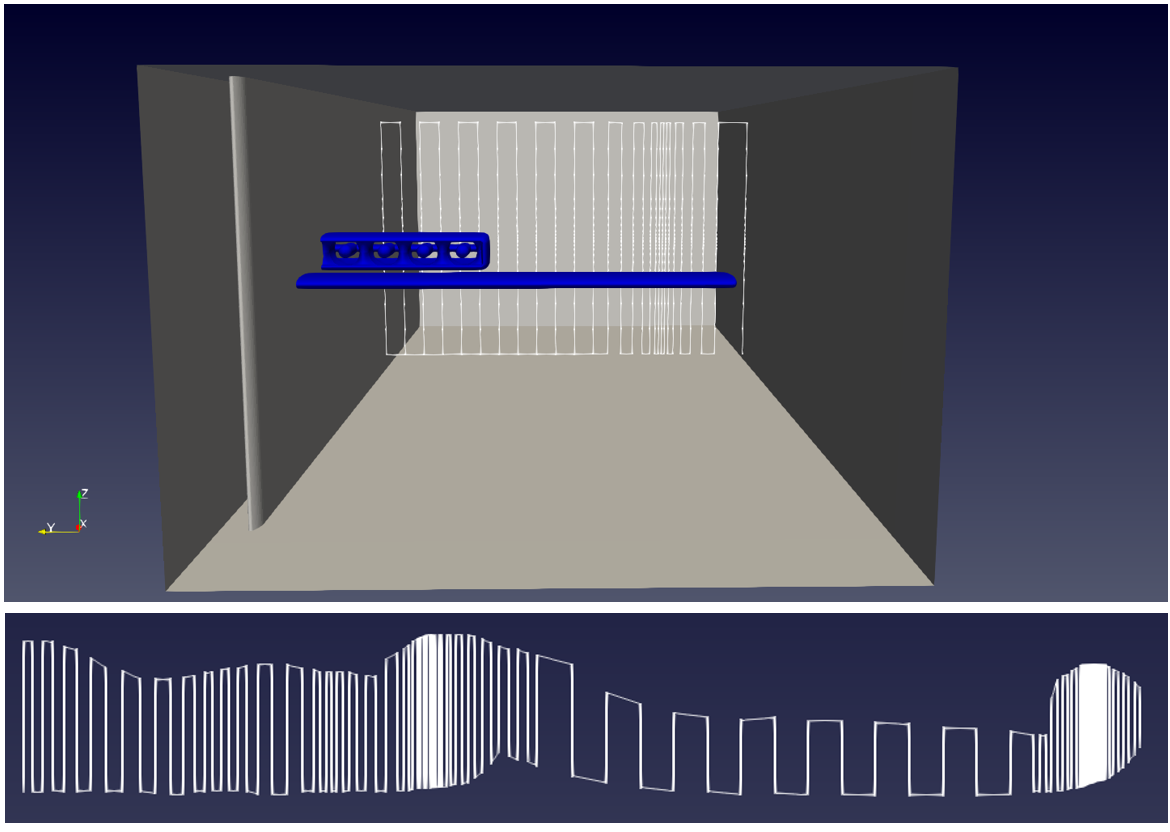 Epsilon Wake Survey will allow you to visualize your five-hole probe measured data on the fly, during the WTT run. It reads your measurement file generated by your DAQ system and generates the 3D wake inside ParaView. Moreover, this wake data can be analyzed with the other Epsilon tools in real-time, for example, you can perform a wake-reduced aerodynamic analysis with the 5HP data. 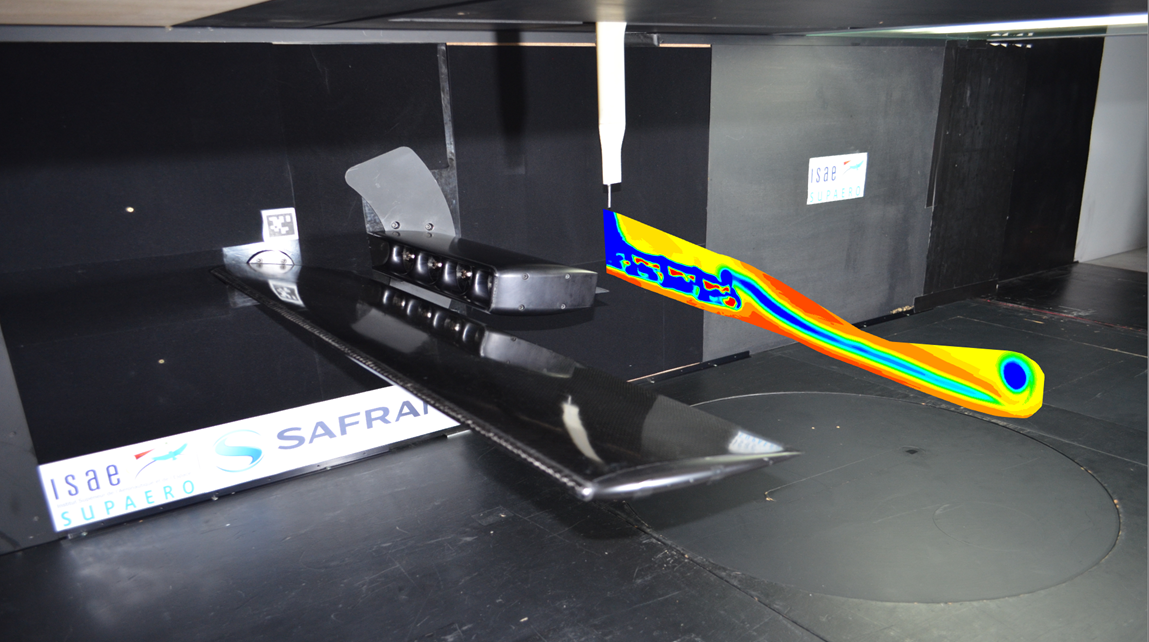 Epsilon PIV is a tool suited for the pre-treatment of PIV data, thereby delivering a data set that is ready to be analyzed with Epsilon. It can do geometrical transformations, assembly of multiple PIV regions into a single mesh, PIV data cleanup and computing pressure from PIV. Moreover, the resulting pre-treated data from Epsilon PIV can then be analyzed with all the Epsilon tools, which allows you to perform a complete aerodynamic analysis from your PIV data. 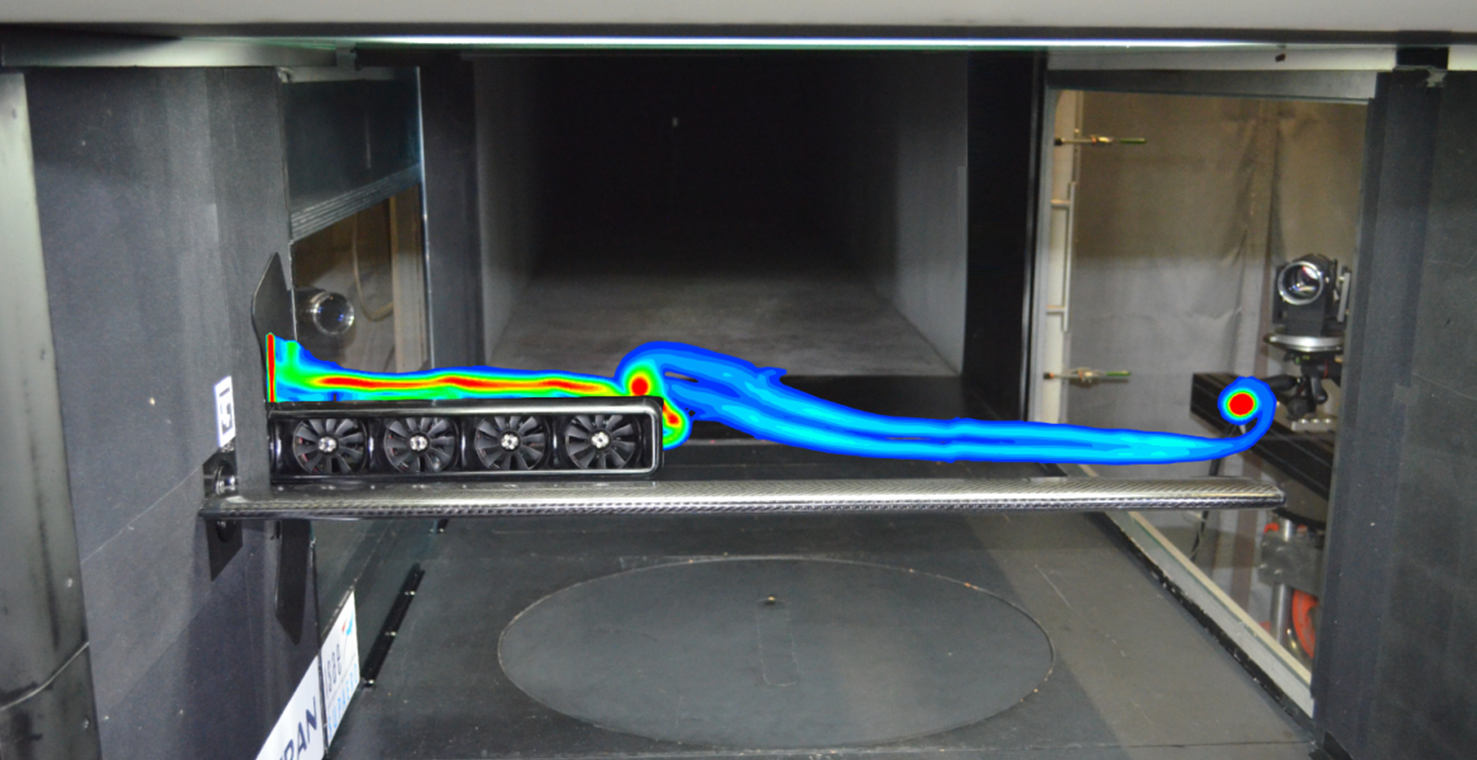