Some of the variables provided by Epsilon are the following (among many other variables):

Epsilon calculates the classical near-field lift and drag forces (related to the pressure and friction forces acting upon the body surface). Moreover, spanwise lift and drag distributions by the near-field method can be visualized. 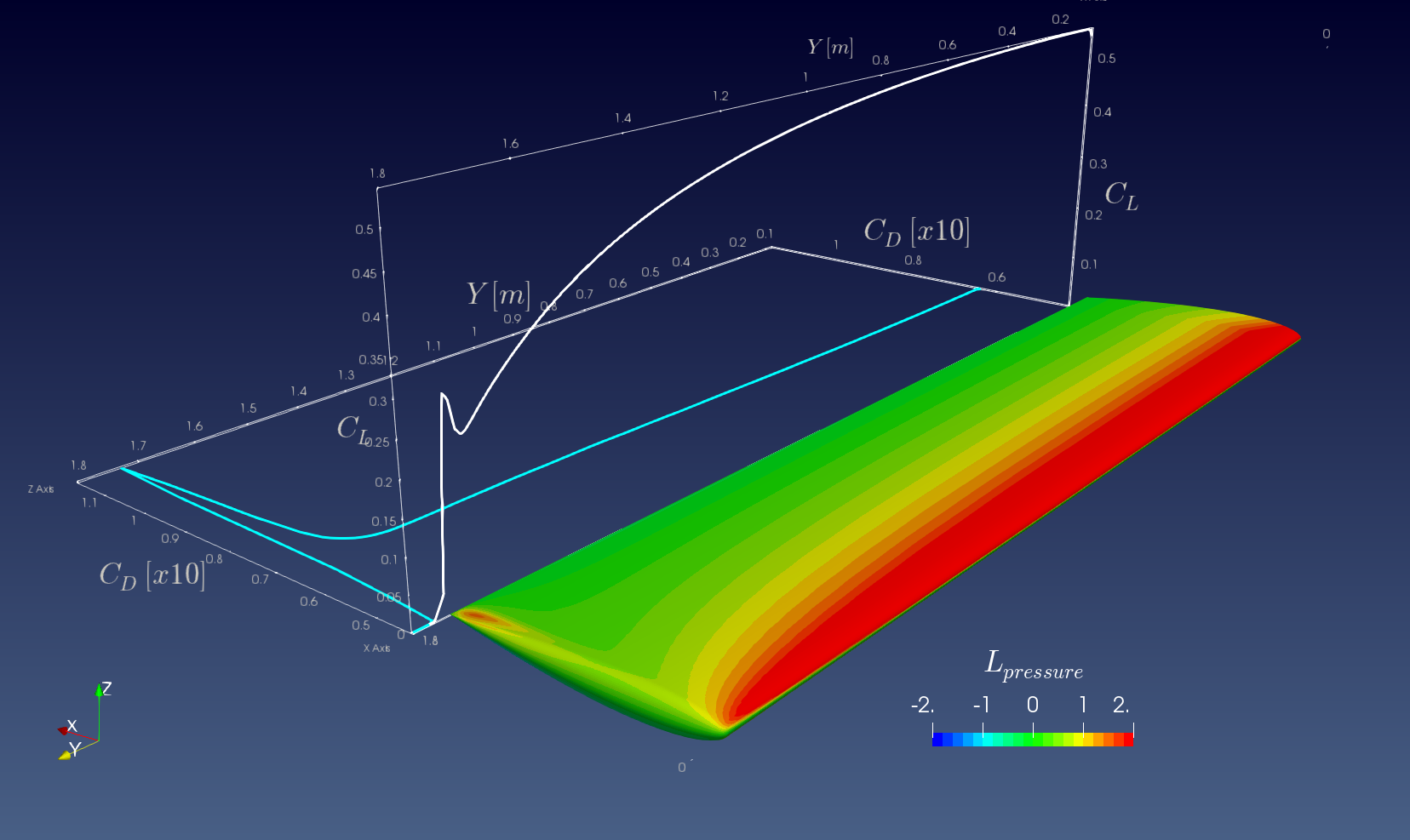 This is an alternative method to calculate lift and drag from wake data (CFD or experimental data). Its major asset is the drag breakdown (i.e., a decomposition of the total drag into profile drag, wave drag, viscous drag and induced drag). Several far-field formulations have been included in Epsilon:

A powerful flow analysis can be made by displaying the spanwise lift and drag distribuions: 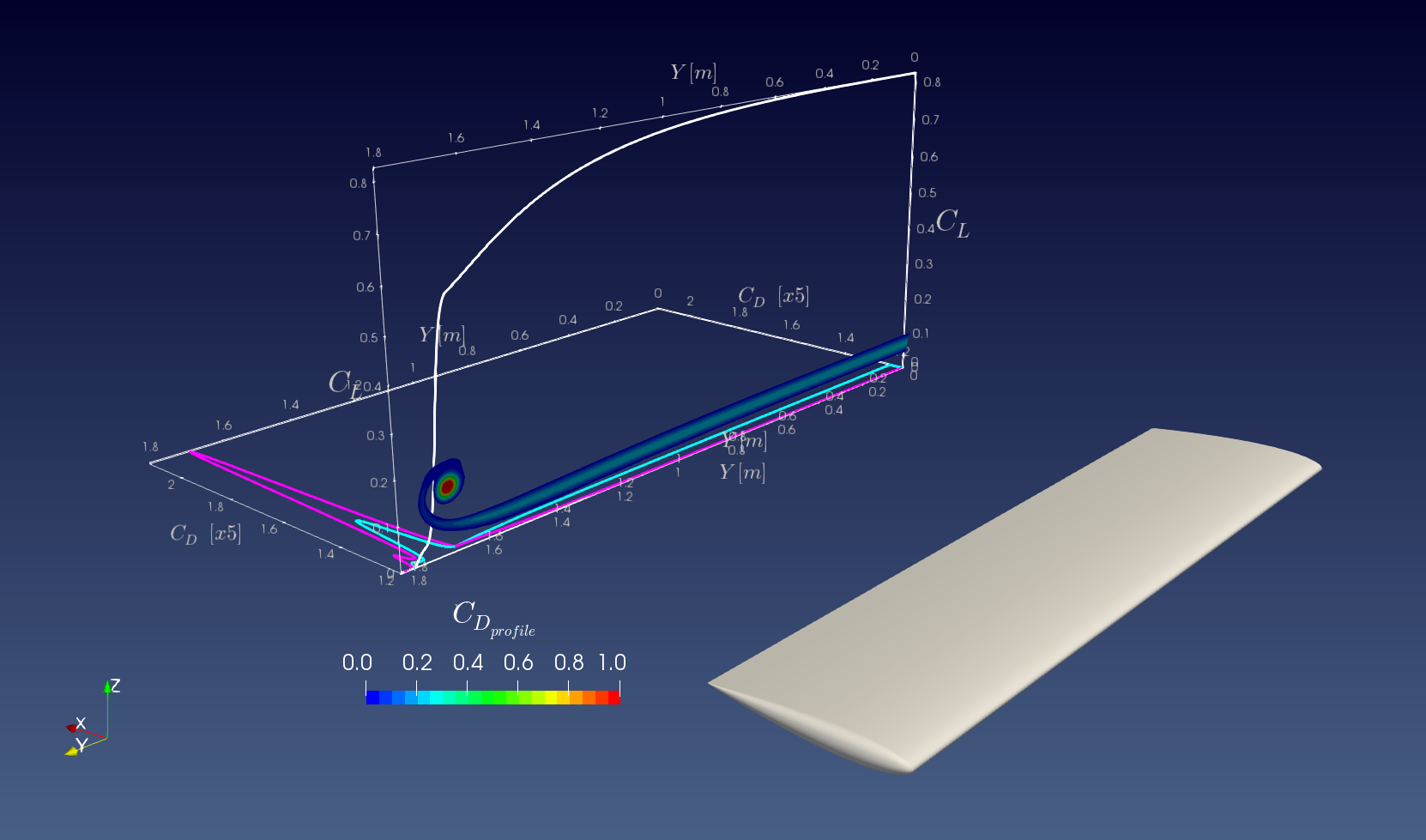 This is a vorticity-based approach to calculate lift and drag forces acting upon a body. it can be considered as an extension of the well-known Kutta-Joukowski theorem (where lift is given by the product of the circulation and the velocity). Several formulations are included: 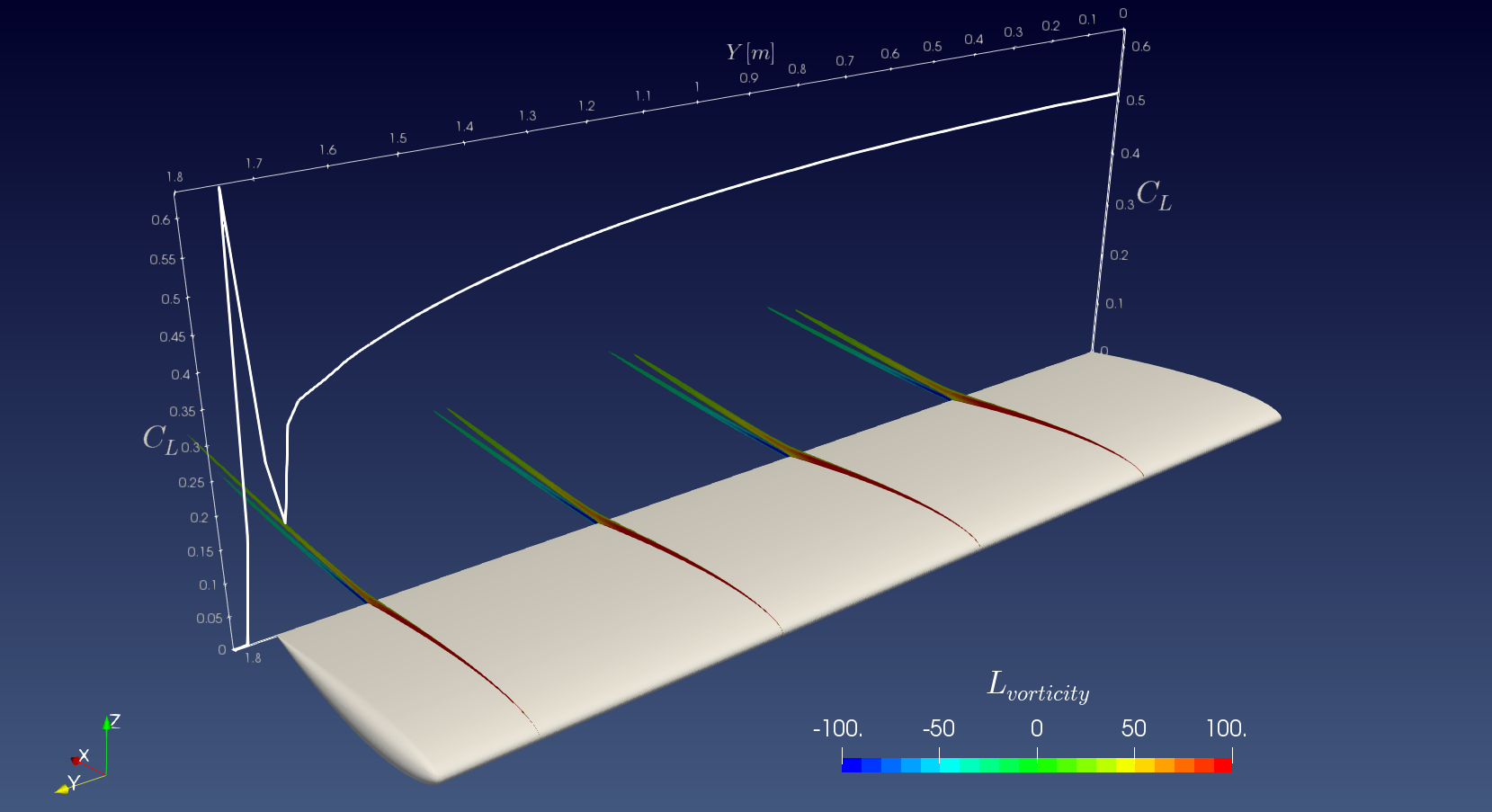 This is a powerful aerodynamic analysis method based on simple Thermodynamic concepts: exergy and anergy. It allows calculating the drag acting upon a body as well as its drag breakdown. However, its major asset is the capability of pinpointing the room for improvement: energy waste in a given aerodynamic design is quantified and, most importantly, it provides an intuitive approach to recover this energy (i.e., drag reduction possibilities). Several formulations are included:

Epsilon is a flexible platform: it allows the user to implement new equations or variables by simply modifying a Python code.