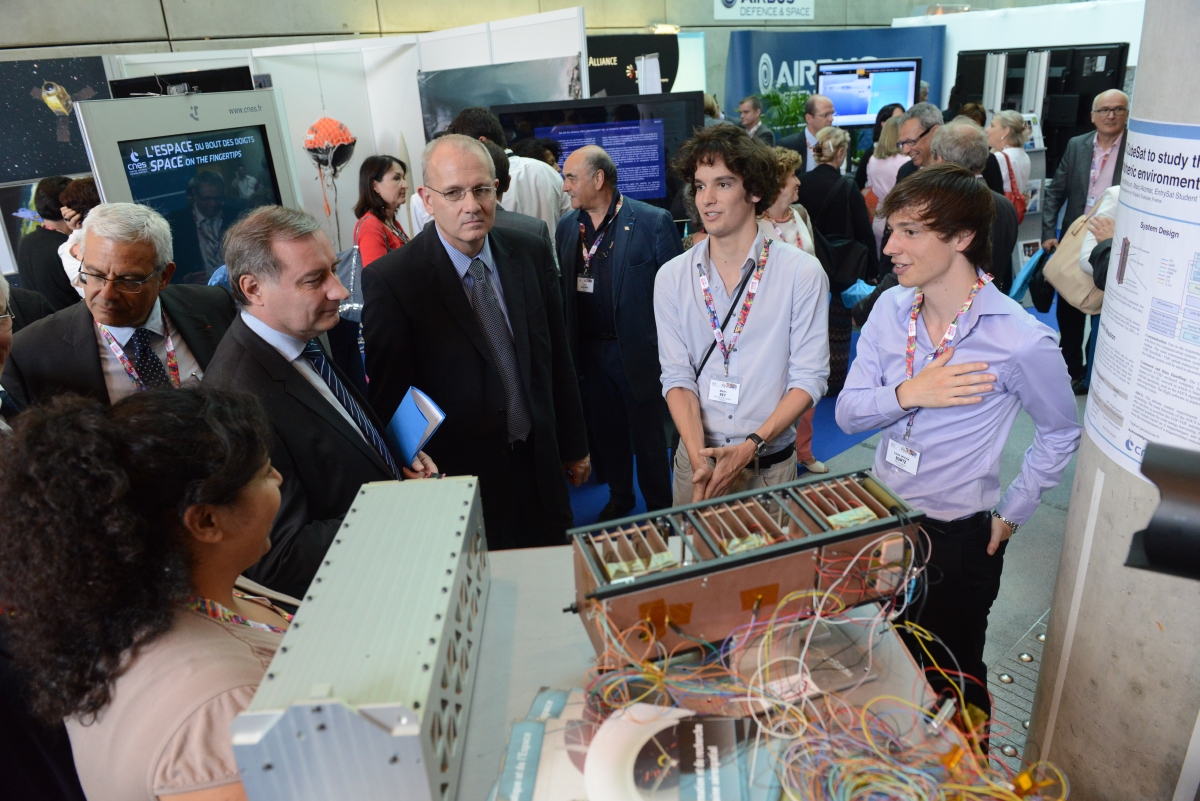 The Low Earth Orbit is getting more and more crowded with space debris. Objects at LEO experience a natural decay process due to the atmospheric drag, which leads to their re-entry into the atmosphere. Most of these objects are monitored by ground-based systems, and computational models are used to estimate their trajectories. However, the precise re-entry point is difficult to predict because of the dependence on many uncertain parameters, such as the attitude of the object, the heat transfer coefficients, the atmospheric density, and the solar activity. The EntrySat is a 3U CubeSat designed to study the atmospheric re-entry. The reduced dimensions, 34x10x10 cm, as well as the absence of special protective systems, make it very similar to debris produced during the breakup of a spacecraft. The satellite will collect data about the temperature, heat flux, pressure, drag force, and attitude during re-entry. All data will be transmitted before its destruction using the Iridium communication system. The mission, funded by CNES, has a launch opportunity in the context of the QB50 project, an international network of fifty double and triple CubeSats with the objective of studying the lower thermosphere (90 - 380 km).

After the Critical Design Review with CNES experts in June 2014, the project has been selected to flight with QB50 ! Picture above show the ISAE tudents presenting the mission and the thermal model at Toulouse space show in June 2014.

More than 30 students and more than 20 permanent researchers and engineers will be involved this year on the project.

Next target is the Assembly Integration and Test Review that will be on 8th of January 2015.

EntrySat testing activities In June 2014, EntrySat thermal and mechanical models we re tested in thermal vaccum Chamber at IRAP, and ICA (...)